A Discussion About Denial: An Emotional Defense Mechanism vs Impression Management in Narcissism 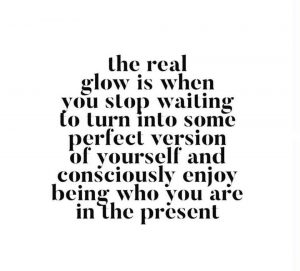 There are two popular definitions for denial.

Here’s an example of each:

Let’s take an example of a woman who has been married to the same man for 40 years and she has just rushed him to the hospital because, while they were out in the yard working, he began having trouble speaking and looked like he was in some distress. The doctors later tell her that he has suffered a massive brain bleed, is now virtually brain-dead, and will not recover. Every day she is by his bedside, holding his hand and talking to him. The nurses tell her that he cannot hear, but she talks to him every day. The doctors tell her he will not recover, but she tells herself, “I know he’ll pull through, he’s so strong.” This woman is in a unique psychological state — the state of denial. She can hardly believe what has happened. Not long ago she was in the yard with her darling, enjoying one of their favorite activities. He seemed to be the picture of happiness and health. He didn’t seem that sick when she brought him to the hospital. Now, they’re telling her he’s gone. This is more emotional pain than she can bear. She’s not ready to accept that her partner of 40 years won’t be coming home with her. She’s not quite ready yet to face a life without him. So, her unconscious mind has provided her with an effective (albeit temporary) defense against the pain. Eventually, as she becomes better able to accept the distressing reality, her denial will break down, and when it does, the pain it served to contain will gush forth and she will begin the grieving process.

Now, let’s take another example of what is also commonly called Denial. Joe, the teen aged bully, strolls up to one of his unsuspecting classmates and engages in one of his favorite mischievous pastimes: shoving the books out of her arms and spilling them on the floor. It just so happens that the hall monitor catches the event and sternly hollers: “Joe!” to which Joe responds, spreading his arms wide open and with a look of great shock, surprise, and innocence on his face and exclaims, “Whaaaat?” Is Joe in an altered psychological state? Is his altered state brought about by more emotional pain than he could possibly bear? Does he really not understand the reality of what has happened or think that he really didn’t do anything? Is he so consumed with shame and/or guilt for what he’s done that he simply can’t bear to believe he actually did such a horrible thing? More than likely, the answer to all those questions is NO.

Joe is probably more concerned that he has another detention coming, which means another note to his parents, and possibly even suspension this time around. So, he’s got one, long-shot tactic to try: he’ll do his best to make the hall monitor believe she didn’t really see what she thought she saw. The hallway was crowded. Maybe it was someone else. Maybe it was just an “accident.” If he acts surprised, innocent, and righteously indignant enough, maybe, just maybe, she’ll begin to doubt herself. He hopes that, unlike him, she might just have an overactive conscience and excessive sense of guilt or mercy to think she might have misjudged the situation. Maybe she’ll even beat herself up for jumping to conclusions too quickly or for causing a possibly innocent party (Joe) emotional pain. This tactic has worked before. Maybe it will work again.

However, the hall monitor was on to him. When Joe realized that he couldn’t just manipulate the hall monitor, he reluctantly stopped denying it, saying: “Well, maybe I did do it… but she had it coming because she’s always talking bad about me.” Now, stopping right there, we could discuss the tactics Joe is using to continue the game of manipulation and impression management, but the most important thing to recognize is that unlike what happens in the case of real psychological denial as a defense mechanism (first example above), in Joe’s case we don’t anticipate or ever see an outpouring of anguish and grief when the denial ends. The reason is simple. Joe was never “in denial” (the psychological state). He was simply lying, and he eventually stopped lying only because it wasn’t getting him anywhere. He then moved on from lying to excuse-making and playing the victim, which are also effective tactics of manipulation and impression-management. He is effectively a Master Manipulator.

There are 4 levels to this MASTER MANIPULATION tactic called denial:

What we need to understand here is that the denial of the unfortunate elderly woman mentioned above is nothing like the so-called denial of Joe the school bully. One is a defense mechanism to keep the psyche functioning in times of trauma, the other, a narcissistic form of manipulation and a responsibility avoidance tactic. The first example is an unconscious mechanism of protection from deep emotional pain; the other is a deliberate, calculated lie. Yet many use the same term to describe these two very different behaviors. Even mental health professionals may presume that there is only one type of denial and they often assume that whenever denial is involved that it’s of the defense-mechanism variety. I often hear them speak of clients who are still in denial about one problem behavior or another when what they’re really describing is a client who is still lying and manipulating as part of the game of impression management and responsibility-resistance. Again, there is a difference in the definitions and common use of the term denial in mental health arenas and I wanted to point out the differences to you so that you are informed.

Now that we understand the difference between denial & manipulation tactics, let’s look at how we might observe the latter example in our own or others’ lives.

Fear keeps us bound, blinded, and isolated. We become stagnant and set in our ways and resistant to allowing others to speak truth into our lives or to intervene. We are always “right” even when evidence clearly shows the opposite.

I know nothing good lives in me, that is, in my sinful nature. For I have the desire to do what is good, but I cannot carry it out. Rom 7:18

When denying reality enables us to continue engaging in an unhealthy behavior (e.g. addiction, impulsive risk-taking, etc.) or when it facilitates the continuation of a harmful situation (e.g. abusive relationship, a job that exploits you, etc.) then it’s pretty safe to say that it is harmful. Unfortunately, most people won’t recognize the harmful effects of denial until they are knee-deep in a bad situation. If the same bad outcomes keep happening to us and we can’t seem to figure out why, there’s a good chance that we are denying reality in some way.

Recurring negative themes (e.g. a series of harmful relationships, negative side effects related to an addictive behavior, etc.) are good red flags for denial. Chances are that we are either creating an environment that is conducive to the negative outcome we don’t want, or we are fooling ourselves into thinking that we have control over a situation that we really are helpless to affect. If you see a recurring theme, know that you’re probably denying a truth.

Do you blame groups of people?

If you find yourself saying things like “all [insert adjective here] people are no good,” then you’re probably denying your role in a situation. It’s highly unlikely that everyone else in the world is colluding against you so you’re probably doing something to contribute to the negative outcome you’re complaining about. Take note whenever you use black & white thinking, using superlatives (e.g. ‘always’, ‘never’, ‘everyone’, ‘nobody’, etc.), to describe what you think is the cause of your dilemma. It’s probably those occasions that you need to take inventory of YOUR behaviors… after all, the one common thread in all of your dilemmas is YOU (your character defects, effects of sin you’ve committed, or agreement with the fruits of the sin done to you).

Keep someone who thinks very differently from you as a friend. People are likely to surround themselves with like-minded people. If you’re denying something, your like-minded friends may just reinforce your denial because they may see things the same way you do. Having someone who challenges your opinions and assumptions can do wonders for learning what questions you have to ask yourself about a given situation because they are probably going to question why you feel the way you do. In other words, stay open to new ideas. Just because someone questions your opinion on something doesn’t make them a bad person. Try to see situations from another’s point-of-view.

Looking at the above examples, we can start to understand that denial, as a manipulative responsibility-avoidance tactic, does play a role in how they view their world. The denial is a self-protection mechanism that the narcissist employs to keep themselves from having to be authentic and vulnerable, which helps them avoid intimacy in relationships. Ultimately, they reject people first so that they won’t be rejected.

When this person finally decides to come out of the denial of manipulation, they run into powerlessness over their situations. They become aware that they cannot effect change in their lives by doing the same thing over and over. Something has got to change. This is where reaching out for support groups, inner healing or deliverance can be a life-changing process. If I were to summarize the manipulative version of denial, I would say that the use of the word denial best describes ungodly belief systems that are rooted in a spirit of rejection and the fruit of that spirit is contempt of others and self-rejection. See Figure 1 below.

My prayer is that you would have freedom & peace.

Cycle of Dealing With An Ungodly Belief System

1.Experiencing the Issue in Life

Quality of life does NOT improve.

The Result of Repairing the Belief System

1.Renounce the ungodly beliefs, repent of them and receive the Truth & Identity in Christ

Item added to your cart

Continue Shopping Go To The Cart